Famous drummer of The Who, Keith Moon, was well known for his destructive habits when visiting hotels, in one particularly famous incident at the Holiday Inn in Flint, Michigan, he allegedly drove a Lincoln Continental into the hotel pool. Although there is little hard evidence to prove that this incident ever truly happened, the incident has gone down in history as one of Moon’s most notorious destructive acts.

At the same Holiday Inn, Moon was also allegedly responsible for starting a cake fight, as well 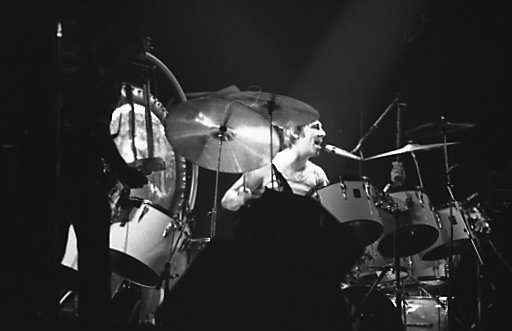 as blowing up the toilet in his room with unknown explosives. Moon was already well-known for the destruction he would cause to hotel rooms, and the band was famously banned from a number of hotel chains permanently.

The particular indecent at the Holiday Inn in Flint, Michigan, ultimately led to the band being banned from all Holiday Inn’s across America, and the infamy of the incident making life difficult for the band to be able to book any hotel rooms in the future. It was reported that tour managers had to book rooms using pseudonyms in the future in order to avoid rejection.